A big, big thank you to everybody who entered the Fairtrade Fortnight Schools Award this year – we had so many fantastic entries and it was amazing to see the effort schools made to celebrate and spread awareness about Fairtrade during our two-week annual campaign.

A special shout-out first of all to Chase Grammar School, Staffordshire, who sent their amazing entry in a baking tin. We’ve been showing the fold-out booklet and photos to everyone in the office. Another creative entry was from St Serf’s Primary School who wrote their entry in the form of a poem (featured below).

A big special mention goes to The Leys School in Cambridge who organised a conference for 12 local primary schools and gained some great media coverage. If you’re on Twitter, it’s definitely worth following @LeysFairtrade to see their amazing work and ideas. The group are always thinking of ways to engage students with Fairtrade, from haiku competitions to bananagrams.

Our runners-up this year were The Hyde School in north-west London and Catcote Academy, Hartlepool.

Year 1 at The Hyde School started off their year with the topic of chocolate. They then stumbled upon Fairtrade and what it means and there was no looking back! Their entry clearly described the growing indignation that pupils felt about some cocoa farmers not getting paid a fair price for their work and by Fairtrade Fortnight they were driven to action. Pupils wrote to their headteacher and asked if they could have Fairtrade products in school. The headteacher contacted the borough’s catering services manager who came in and listened as the pupils told her what they had learnt and which Fairtrade products they would like. We look forward to seeing how they get on!

Meanwhile, Catcote Academy held a three-day event involving their local Fairtrade Town group, local churches and primary schools. The students welcomed special guest Luz Marina García Ruíz from a Fairtrade coffee co-operative in Colombia and greeted her with musical instruments made from Fairtrade coffee beans and painted in the colours of the Colombian flag.

And last, but by no means least, the winners are… drumroll… 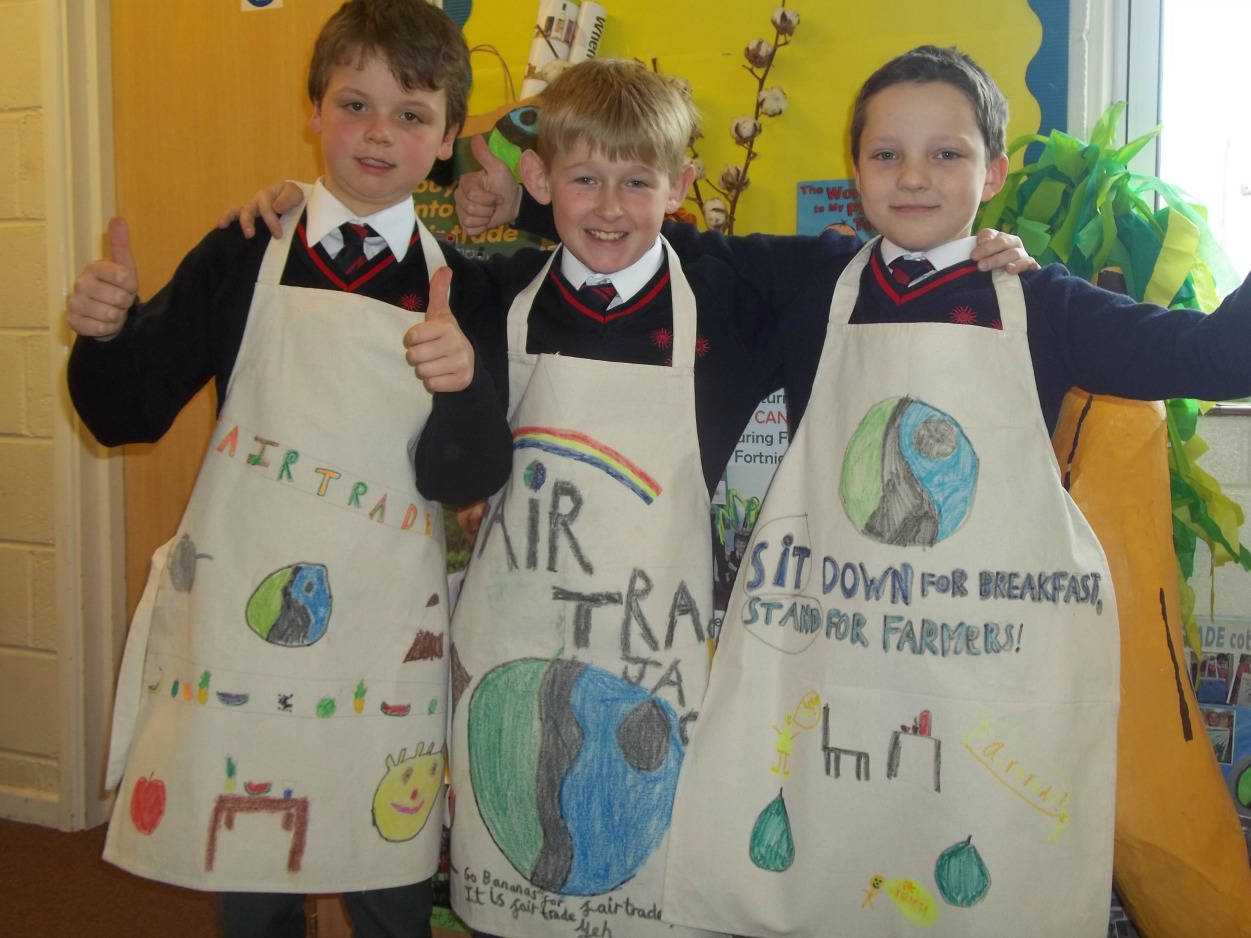 St Edmund’s School, Canterbury: St Edmund’s Junior pupils used Fairtrade wrappers to make an incredible papier-mache breakfast display for a Fairtrade fair in their local church. They also ran a Fairtrade café, a Traidcraft stall and decorated aprons with Fairtrade messages to sell to visitors. They even found time to have a real Fairtrade breakfast too! 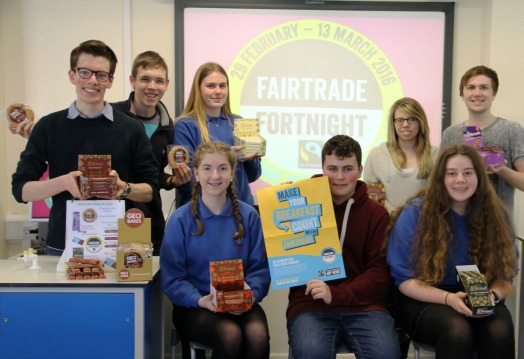 Imberhorne School, East Grinstead: What we loved about Imberhorne’s entry was the fact that all of the events were organised by sixth formers, who worked with every year group. They wrote lesson plans and PowerPoint presentations for the teachers to use with each class and assembly scripts tailored to different year groups. They also visited local primary schools and a local Beaver group, appeared on local radio and ran another very successful Fairtrade Fun Day for the whole school.

A big, big thank you to everyone who entered – we really enjoyed reading your entries!

Fairtrade Fortnight 2016
And we knew what we had to do!
Make our breakfast really count
And stand up for farmers too!

Martin Luther King once said
On the farmers you depend
They grow the food you eat each day
But they don’t have enough money to spend.

So here at St Serf’s we decided to
Host our own Big Breakfast event.
But not just a class or a small group of staff
To the gym hall our ENTIRE SCHOOL went!

We asked for and received Fairtrade fruit
Our local Morrisons and Tesco were so kind.
We made our own smoothies and fruit salads too
We had to work hard but we didn’t mind!

Over 200 pupils and staff alike
Enjoyed the smoothies, fruit salads and toast,
Topped with Fairtrade honey and jam it tasted so sweet
“Our Breakfast was the best!” we were heard to boast!

After breakfast our parents came,
And we told them all about
Fairtrade breakfast items like tea and coffee
They were impressed there is no doubt!

Then onto the entertainment next
A ‘foodie’ song from every class.
We had ‘A Spoonful of Sugar’ and ‘Food Glorious Food’
We didn’t want the day to pass!

And so it is with great pride we say
Today we helped the farmers to
Get a fair price for the items they grow
At St Serf’s we care about you!!